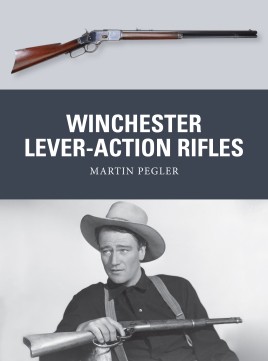 Winchester lever-action repeating rifles are an integral part of the folklore of the American West. Introduced after the American Civil War, the first Winchester, the M1866, would go on to see military service as far afield as Bulgaria, but it was in the hands of civilians that it would become known as ‘The gun that won the west’. Offering a lethal combination of portability, ruggedness and ammunition interchangeability with pistol sidearms, the Winchesters and their innovative and elegant breech-loading system represented a revolutionary design. They were used by a staggering variety of military and civilian groups – gold-miners, trappers, hunters, farmers, lawmen, professional gunmen and Native Americans. It equipped a whole generation of settlers and as such left an imprint on American culture that continues to resonate today. This book explores the Winchesters’ unique place in history, revealing the technical secrets of their success with a full array of colour artwork, period illustrations and close-up photographs.