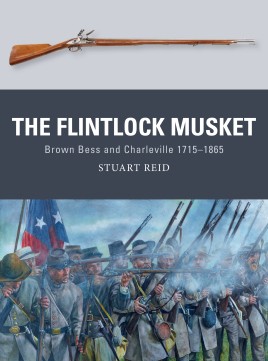 The flintlock or firelock musket is one of the most iconic weapons in history: used on the battlefields of the English Civil War, it was then carried by both sides at Blenheim, Bunker Hill, Waterloo and the Alamo, and dominated warfare for more than 150 years, with military service as late as the American Civil War in the 1860s. Featuring specially commissioned full-colour artwork, this engaging study examines the role that the flintlock played in close-order combat on European and other battlefields around the world. Employing first-hand accounts to show how tactical doctrines were successfully developed to overcome the weapon’s inherent limitations, Stuart Reid offers a comprehensive analysis of the flintlock’s lasting impact as the first truly universal soldier’s weapon.