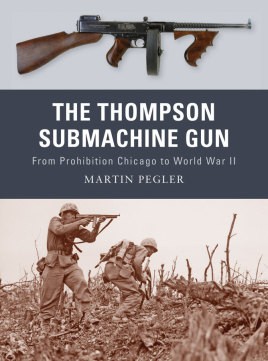 The Thompson submachine gun, or Tommy gun developed an almost iconic status during the 20th century. It had an unusual beginning, for it was developed during the dying days of World War I as a ‘one-man, hand-held machine gun.’ The war ended before these first prototypes could be shipped to Europe but once the M1921 Thompson formally entered production it was used by the criminals working in Chicago and New York during the 1920s. With the police increasingly outgunned they too were forced to equip themselves with the Tommy gun. It quickly came to be used in Hollywood films, and by the end of the 1930s it would have probably faded from view had history not intervened. With the entry of the US into World War II there was an urgent need to equip and arm a force of epic proportions; the Thompson submachine gun began a second career as part of the US Army. It also became the weapon of choice for the small band of British commandos as they conducted a number of daring raids against the heart of occupied Europe.