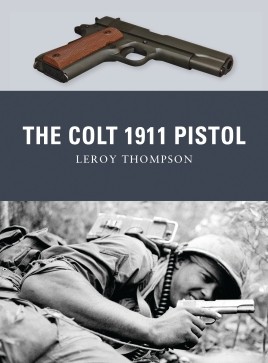 First used in combat during the Punitive Expedition into Mexico and then extensively during the world wars, the Colt Government Model (1911) pistol remained the standard issue handgun in the US armed forces for nearly 80 years and has continued in service with some units to this day. In fact, the M1911 has seen a resurgence amongst US Special Operations units as US Marine MARSOC and MEUSOC personnel are issued current generation 1911-type pistols. In addition the pistol has seen service with famous law enforcement agencies such as the Shanghai Municipal Police, LAPD Swat and Texas Rangers. Nearly a century after its introduction, the M1911 pistol remains a popular design and is now produced by virtually every major firearms manufacturer doing business in the USA.